Once widespread in Myanmar, the tiger population has declined drastically over the last decade. Very little information is current on the number of tigers remaining in the Dawna-Karen Hills however, non-targeted rapid camera trapping surveys conducted by KWCI over the last three years has confirmed the presence of several adult male and female tigers along with a healthy prey base and would indicate that this region will likely be considered a “Global Priority” Tiger Conservation Landscape, designated as the highest priority for wild tiger conservation.

With support from IUCN-KfW funding, KWCI is currently implementing a project under the Integrated Tiger Habitat Conservation Programme (ITHCP).

This project aims to secure protected areas in the Dawna-Karen Hills to ensure no further decrease in the tiger population and the opportunity for the tiger numbers to recover.

The project incorporates the expansion of Wildlife Protection Units to additional protected areas and builds support within the KNU leadership and local communities for the implementation of tiger management practices in the region.

As well as the provision of equipment to the ranger teams, the project will see the construction of three new ranger stations, ongoing SMART training for field staff and full feasibility studies for future investment in livelihood development. 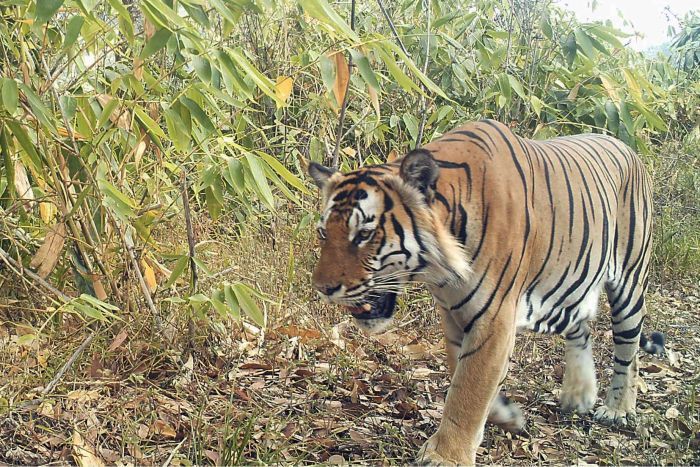 Our tiger program needs funds for camera trapping surveys, rangers and community programs. Make a donation today to help us to recover the tiger population in Karen State

How can you help?

Further expansion and ongoing support of our WPU is essential to ensure maximum coverage of rangers within these high-value forests. The teams also require ongoing training and the supply of equipment and tools to enable them to operate under difficult conditions.

We invite you to support our WPU teams by making a contribution towards their training, equipment and salaries. Your donation will help to keep these rangers in the field and save the lives of the critically endangered species they protect.

One Off Donation
Recurring Donation